"Start Every Day with a Great Thought" 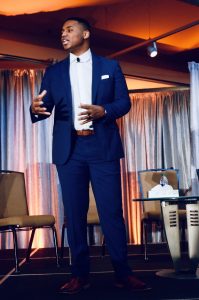 Dr. John “Push” Gaines is a professional speaker, author, leadership consultant, and mentorship expert. He has devoted himself to the world community. He has proudly appeared as a guest speaker at Universities, Corporations, nonprofit events, NBA skill camps, school assemblies, and youth camps across the country. As a graduate of East Central University, where he was named Outstanding Student in Business and won a football championship as captain of the football team, he is the picture of success. With a Master’s degree in Business Leadership and a Doctorate in Business Administration, he demonstrates great dedication and personal achievement. His goal, however, goes beyond personal accomplishment. He is driven to give hope to others because his own story grew from hopelessness. John earned his nickname “PUSH” because he believes in the power of perseverance and teaches others to “keep pushing” through life’s obstacles to become the best version of themselves. John’s childhood was one of extreme adversity. Growing up surrounded by drugs and violence, facing personal struggles, and being bullied for his differences, he had every reason to give up, but he pushed through. Now, as a professional speaker and author, John strives to help & teach people to overcome and to rise.

John Gaines continues to PUSH and inspire by USA Today

Start Every Day with a Great Thought: LOVE

Teaching students the importance of loving themslves and loving others.

The purpose of this speech is to give students practical tools to incorporate into their daily lives. It will help students realize the importance of having a positive mindset. It gives students the confidence to make the right choices, to stand up to BULLYING and to be kind to others. This program will focus on developing a CHAMPIONSHIP mentality to help students win in the classroom and in life. #pushlove

ASK about the PUSH for Dreams Leadership Academy’s character development breakout session. This session is geared toward smaller groups after an assembly or event. It focuses on developing a positive self-image.

Teaching people how to PUSH to become the best version of themselves.

In this engaging talk, discusses his personal struggles and trials of overcoming his inability to read and write.

John covers his tough road to doctoral academia, a career with a Fortune 500 company, winning a college football championship and his cameo on Wall Street during the New York Stock Exchange.

He provides practical tips to the audience about perseverance, and a step-by-step guide to achieving one’s goal or dream.

ASK ABOUT OUR #PUSHlove CHALLENGE 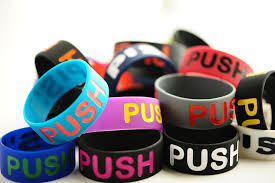 "John is an exceptional speaker for anyone who is interested in hearing an incredibly authentic story of perseverance. His message resonates with everyone and leaves a lasting impression on the audience. His message topics include the power of dreams, living up to your potential, living with no regrets, and never giving up. His life obstacles and challenges allow him to speak from a position of - I have been there! John’s message left me with the same feeling that I felt when I heard Jim Valvono's 1993 ESPY speech. Never, never, never give up!"

"John spoke at our school of 980 students on our yearly Diversity Day. His message on Pushing for your dreams left an impact on our students. John's candor about his life struggles and overcoming them inspired students. He is truly making a difference in today's youth."

"I've heard nothing but positive things about John and his presentation. "

"The message I received from the speech was to always PUSH no matter what the circumstances are. Also, if you do not believe in yourself or you feel like you can't accomplish something, just imagine yourself doing it for a minute. If you can do it for a minute, you will able to do it for the rest of your life."